I know it’s Adults’ books, but we’re excited by the Booker Prize Shortlist this year! 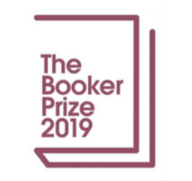 The 2019 Booker Prize shortlist has been announced.

The shortlisted authors each receive £2,500. The winner, to be announced at a dinner at Guildhall, London on 14 October, will receive a further £50,000.

Atwood’s The Testaments (Chatto & Windus), which will be published on Tuesday 10th September, faces competition from fellow former winner Rushdie with Quichotte (Jonathan Cape) in the first year the prize has been sponsored by charitable foundation Crankstart.

Indie press Galley Beggar Press scored a nomination with Lucy Ellmann’s Ducks, Newburyport. The 1,000-page, single-sentence monologue is the fifth novel by Illinois-born Ellmann who now resides in Edinburgh. As a UK and US author she is the only representative from America on the list.

Elif Shafak’s 10 Minutes 38 Seconds in This Strange World (Viking) and Bernardine Evaristo’s Girl, Woman, Other (Hamish Hamilton) also made the shortlist, with Nigerian novelist Chigozie Obioma recognised for his “magnificent, original and revelatory novel” An Orchestra of Minorities (Little Brown).

Chair of judges Peter Florence said 2019 has been “the most extraordinary year of entries” with the “range of scope a testament to a vibrant and deeply adventurous publishing industry”.

Florence said: “The common thread is our admiration for the extraordinary ambition of each of these books. There is an abundance of humour, of political and cultural engagement, of stylistic daring and astonishing beauty of language. Like all great literature, these books teem with life, with a profound and celebratory humanity. We have a shortlist of six extraordinary books and we could make a case for each of them as winner, but I want to toast all of them as ‘winners’. Anyone who reads all six of these books would be enriched and delighted, would be awe-struck by the power of story, and encouraged by what literature can do to set our imaginations free.”

Gaby Wood, literary director of the Booker Prize Foundation, added: “It was hard to watch the judges narrow down their longlist to this shortlist: they were so committed to all 13 of the books they’d chosen just over a month ago that the discussion was intense. Still, these six remain extraordinary: they bring news of different worlds; they carry a wealth of lives and voices; they’re in conversation, in various ways, with other works of literature. I think it’s fair to say that the judges weren’t looking for anything in particular – they entered this process with an open mind – but this is what they found: a set of novels that is political, orchestral, fearless, felt. And now, by association, those six will be in fruitful conversation with one another.”

I’ve listed the books for sale on the Website, so please click here to go to the category. Some of the books aren’t on release yet, and some are still in hardback, so please remember to check the details when you buy.

Your Goodies are in this basket: